The chapter of 2012 gangrape and murder case of 'Nirbhaya' concluded with the hanging of four convicts on Friday, but the fund set up in her name for the safety of women remains underutilised, with Delhi, where the incident took place, being among the lowest spenders. Setup in 2013 by the United Progressive Alliance government, the 'Nirbhaya Fund' continues to see a utilisation of just nine per cent, with some of its major schemes seeing spending of less than 25 per cent under them.

Uttarakhand and Mizoram at 50 per cent have the highest utilisation of funds allocated to them under the 'Nirbhaya Fund' by the Centre.

The 23-year-old paramedic student, who came to be known as 'Nirbhaya' was raped in a moving bus on the intervening night of December 16-17 in 2012 in Delhi by six people.

She died in a Singapore hospital days later.

Of the six accused, Ram Singh allegedly committed suicide at the Tihar jail.

The major schemes under the women and child development ministry that are run under the 'Nirbhaya Fund' are One Stop Centres, which aim to help women in distress, the Universalisation of Women Helpline Scheme and the Mahila Police Volunteer Scheme.

Out of this amount Rs 53.98 crore was utilised, according to data presented by women and child development minister Smriti Irani in Parliament last month.

The utilisation of funds allocated for the OSC Scheme was 24 per cent.

For the Universalisation of Women Helpline Scheme, a total of Rs 20.24 crore was allocated by the Centre from 2016-19, out which Rs 13.34 crore was utilised, according to the data.

Under the scheme, a helpline with a common number across the country, specifically for women, will link with the OSCs to provide aid to women in distress.

The utilisation of funds allocated for the Universalisation of Women Helpline Scheme was 65 per cent, while out of the total Rs 15.15 crore allocated by the Centre under the Mahila Police Volunteer Scheme from 2016-19, Rs 34.7 lakh was utilised, the data showed.

The utilisation under the MPVS, which will act as a link between police and women in distress, was 2.24 per cent, as per the data.

In November last year, the data given by Irani in Parliament stated that utilisation certificates of just Rs 147 crore were received from state governments out the Rs 1,649 crore sanctioned by the Centre.

These are the latest available figures of total utilisation of Nirbhaya fund.

Uttar Pradesh and Telangana, the two states which were in the news recently for horrific incidents of rape and murder, were among the highest recipients of the 'Nirbhaya Fund' alongside Karnataka, Maharashtra, Tamil Nadu and Delhi.

States and UTs 柚anipur, Sikkim, Tripura and Daman & Diu - have not spent a single rupee from the fund allocated to them, according to data shared by Irani in Parliament.

Data showed, Delhi utilised less than five per cent of the Rs 390 crore allocated to it. The amount to the national capital was the highest, but utilisation certificate of just Rs 19.41 crore was received.

Telangana, where a 26-year-old vet was recently gang raped and murdered, spent only Rs 4 crore out of the Rs 103 crore allocated to it by the Union Home Ministry, which releases money from the 'Nirbhaya Fund' for 13 programmes, including the Emergency Response Scheme.

The Centre has put the blame on state governments while state governments complain that money is not released for the proposals given by them to the Empowered Committee that has been tasked with recommending proposals to be funded under this framework.

West Bengal which has utilised just five per cent of the funds allocated (Rs 75.70 crore), says that it has several state schemes which are similar to the ones proposed by the Centre under 'Nirbhaya Fund'.

Uttarakhand and Mizoram have utilised most funds at 50 per cent followed by Chhattisgarh (43 per cent), Nagaland (39 per cent) and Haryana (32 per cent).

Reacting to the low utilisation of funds, Kailash Satyarthi Children's Foundation said despite a rise in sexual crimes and murder against women, only Rs 252 crore have been used by some of the states, which accounts to 11 per cent of the total amount.

"Rapes, followed by killing, always lead to a loud outcry from the citizens of the country, however the same is not translated into concrete action, to prevent rapes and to make public spaces in the country safe for women.

"The abysmally low utilization of Nirbhaya Fund is a testimony to the fact that there is very little or no political will to ensure the safety and security of women in our country," the foundation said in a statement.

The foundation urged the Centre and the state governments to treat the recent incidents of rape as a wake-up call and immediately initiate steps to make public spaces safe and secure for the women.

It also urged the government to take immediate steps to expedite the ongoing trials of rape cases in order to ensure the completion of trials within two months.

Uzmi Athar
Source: PTI© Copyright 2020 PTI. All rights reserved. Republication or redistribution of PTI content, including by framing or similar means, is expressly prohibited without the prior written consent.
SHARE THIS STORY
Print this article 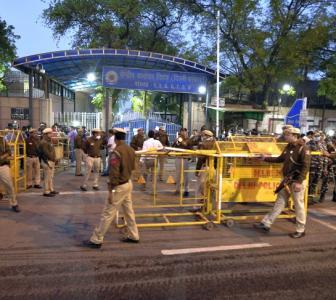 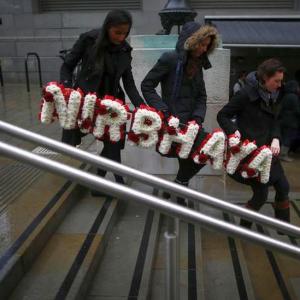 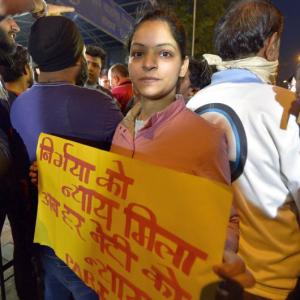 Nirbhaya convicts did not express any last wish